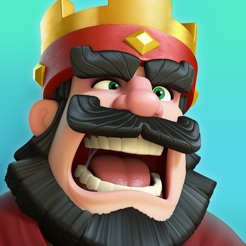 Clash Royale is one of the “golden egg” games of Supercell besides other popular games like Hay Day, Boom Beach, … Etc.

Coming to Clash Royale, you will be immersed in crazy fights, unbelievably fierce, and blended with fascinating play styles. Clash Royale is available on Google Play and Itunes store. 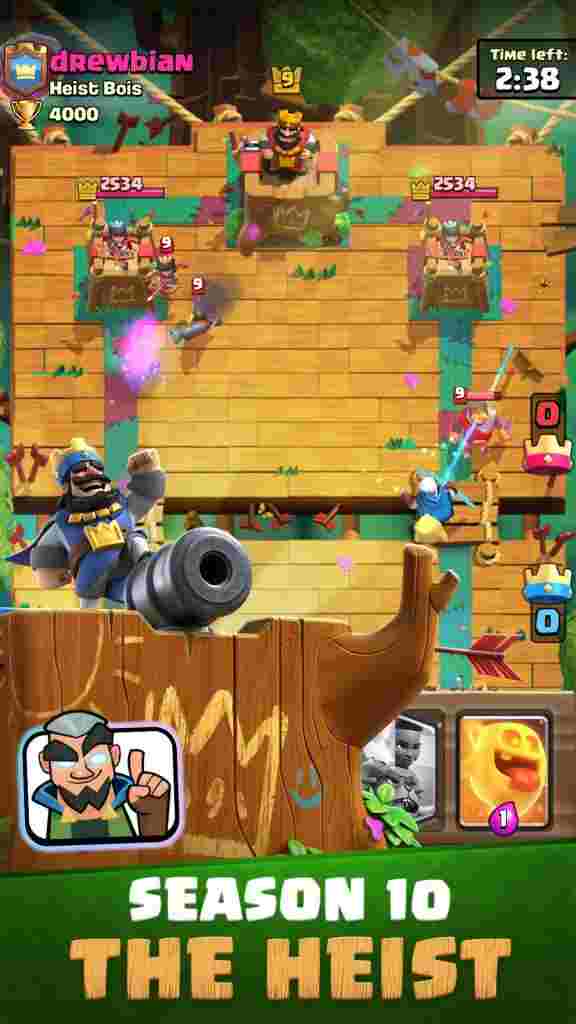 Clash Royale gameplay was built by combining the hottest game genres at present.

Players will feel like this is a different version of Clash of Clans so getting enjoyed with the gameplay is relatively easy.

This game currently has over 500 million installs and 20 million reviews.

Each player will have three defensive towers. These towers caused a lot of damage and cannot move; they shoot targets within a specific range only if an enemy comes close.

Also, each team has eight cards, and you need to take out the generals to attack and destroy the stronghold of the enemy.

There are two roads for generals and soldiers to move back.

The battle only finished when the main house and the King destroyed.

Your main goal is to use the army to destroy the central tower of the enemy, while also protecting your tower.

And each match will have only 3 minutes.

Clash Royale has familiar characters to Clash of Clans such as Giants, Barbarian Kings, Wall Breakers, Archers, and many other generals.

The cards will be divided into waves to attack or defend against opponent attacks.

Of course, you must find and equip the cards with the generals.

Each card in Clash Royale has many different indicators, such as blood, attack distance, attack time, attack speed. Improve these stats when you level up to maximize power for your squad.

Currently, Clash Royale has two modes of play: 1 vs one real-time and Touchdown way two vs 2.

Combine with players around the world, team-up between the two teams to win. Invite friends to play in 2 vs two modes, “rocking” to the battlefield to have fun entertainment moments with friends on weekends.

An unfortunate point in Clash Royale is the lack of team mode in the guild battle; this mode will be developed by Supercell in the future.

The graphics in the Clash Royale’s game are not much different from Clash of Clans, but it still deserves praise for its fun, lively and cute graphics.

It brings a refreshing feeling to the player for a long time without boredom.

Clash Royale is quite different in specific points compared to previous games, especially for those who are fans of Clash of Clans, this is a great option to experience with it. 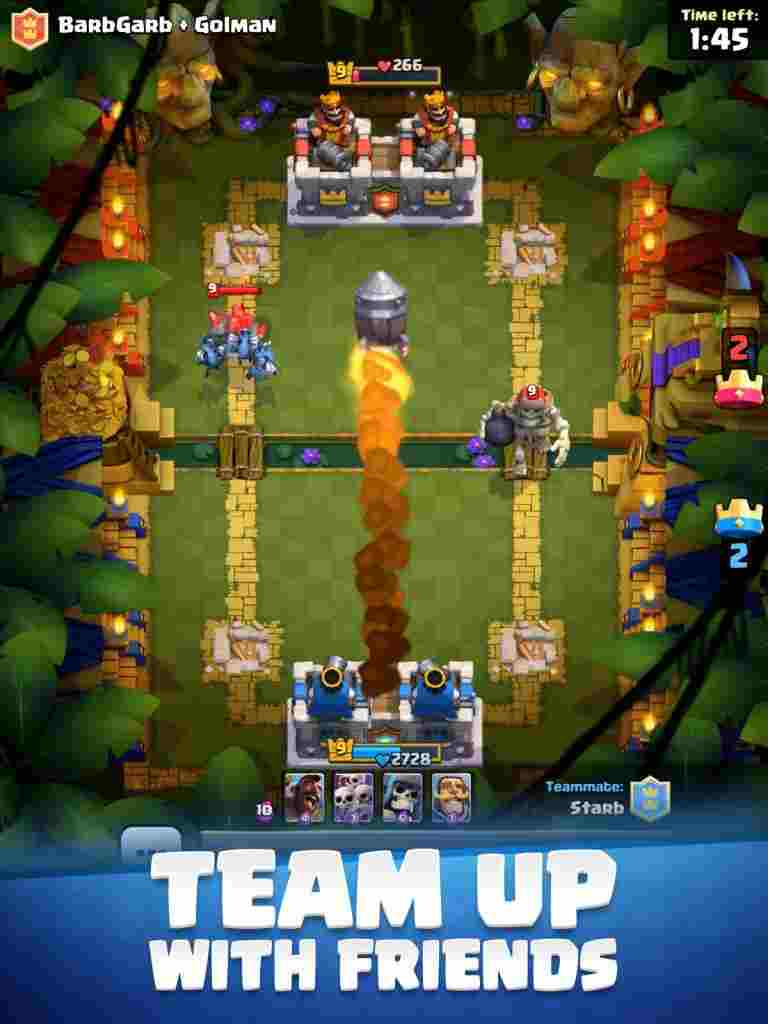 It can say that Clash Royale is a game that converges all the necessary elements to become one of the phenomena games shortly due to the unique combination of card and strategy genre.

This is because of Supercell’s rigor and care for each of their products; they only release officially when it is sure it will be exciting and make things up.

So, Clash Royale will be a game worth playing alongside Clash of Clans and Hay Day.

You can download the game through the link below.