The gameplay of Worms Zone is exceptionally unique and makes many players experience forgetting time.

You can play This game at anytime and anywhere because Worms Zone is supported on multiple platforms.

You will be able to participate in the gameplay of about 150 people, your job is to control your worm to eat the food available on the map to be bigger and longer, but be careful, and you will lose your life if bump into other worms. 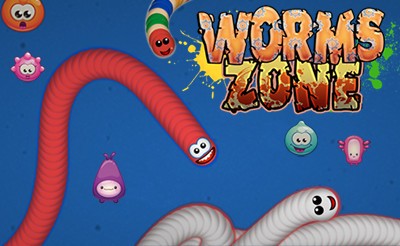 Avoid crowded places if you are just a tiny worm,

Try to “grow fast” big enough and long enough to stand shoulder to shoulder with other players, try to get other worms to bump into you, and they will turn into food that helps your worms grow.

Your worm will always move forward; you can only change their direction or scroll to overwhelm the opponent with the button in the lower-left corner of the screen.

While the right angle used to accelerate; however, your worms will shorten if too much acceleration used.

Also, the game has random potions to support your worms by picking them up on the map.

You can change the shape of the worms in the shop like the body, and head with gold coins picked up from the game. Make your worm unique.

Minimalist 3D graphics, without too much detail because you will only focus on avoiding the more giant, longer snakes.

The device configuration is a bit low can still experience.

Background sound in the game is lively, vibrant, stimulating the concentration of players.

There are also specific sounds when you pick up food for worms, pick up vials of support quite fun.

Worms Zone will surely be one of the games that can eliminate most players today because of the attractive gameplay and minimal 3D graphics that will make players experience but forget the time.

Worms Zone is a game with a charismatic and familiar story like the game Slither.iO.

Players need to try to help this worm grow and be a small worm that never gets stuck in one place – be ready to attack people.

However, there is a danger when you meet better opponents.

Straightforward game: you have to feed your worm,

To do that, kill one of the other worms in front of you, you need to eat leftovers or eat other worms to grow.

Worms in the game are real gourmets.

He likes to try different types of gelatin and everything he encounters along the way.

Therefore, agile worms grow much faster than relatively other games.

So being able to enter the rankings is possible in the first minutes of play.

Even unsigned players can change their costumes for Worms for free.

For a chance to warn it, share the game with your friends.

Try to develop your snake in the game while using a browser, application for tablets, smartphones, or computers.

And Worms Zone is available for all devices: iOS / Android, Apple TV / Android TV, macOS, Linux, Windows, and the Web. 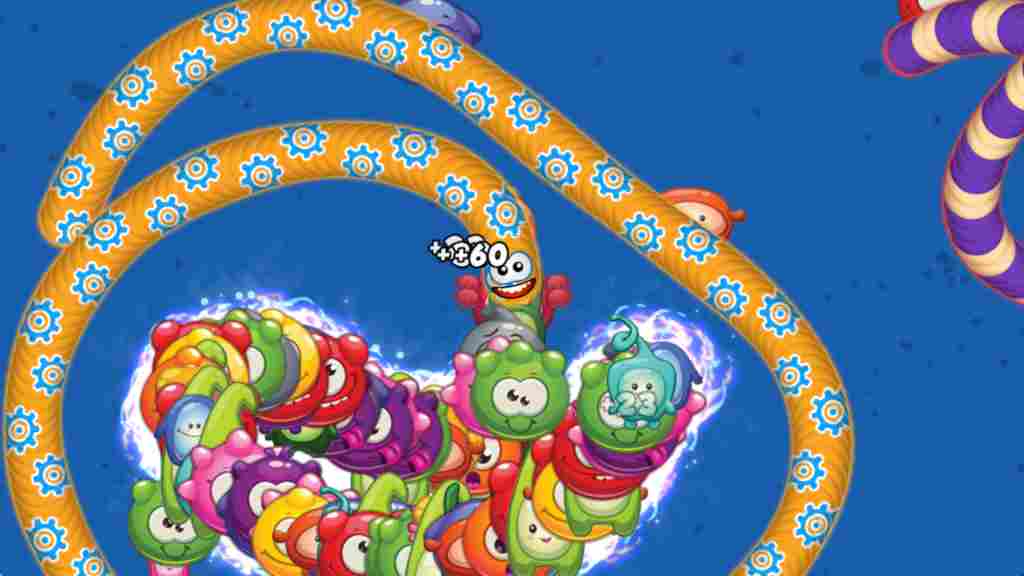 Develop and try to ‘kill’ the worms,

In Worms Zone, you can control a worm fighting to become the biggest worm of them.

You will eat everything at your fingertips while making the most of different medicines that will give you short power and coins to level up.

However, as usual in this type of .io online game, you will have to do all you can to avoid hitting your opponent because that means the end of your journey. So now you know eat, do not let your path get cut off, and do everything you can to cut off your opponent’s way.

As you grow more in the game and get more points, you will be able to unlock some items, like the interface for your worm, so you can customize it and make it easily recognizable among A lot of worms.

By the way, to enjoy this fun game, you do not need to be connected to the Internet because it has an offline game mode.

Many different skins for all tastes are available for all players.

Many types and strange play styles,

You can choose the appearance of the arena and delicious according to your preference.

A dynamic storyline and endless fun will not make you depressed for hours.

The game has many different missions, completing which you will receive a chest with coins.

Power up the worms,

Many different powers scattered across the game arena.

All power is unique, and each person has his own time of action. The active power list is at the top of the screen. 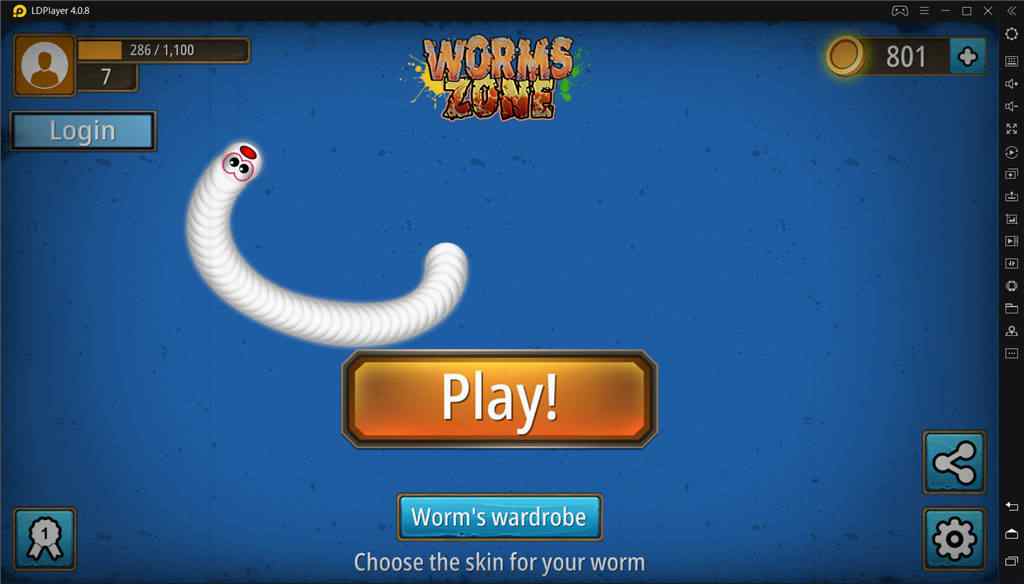 It has been developed for mobile phones and has become a big hit since doing so.

However, playing games on mobile devices is slightly different than playing on a desktop. You will have less control over your worm on a smaller screen than when you play on a PC, so keep in mind some tips and tricks to make the most of the game while you are passionate and not becoming Awake Eat other worms.

Be sure to complete leftovers,

While you are sliding around on the screen, you will continuously notice the other worms have swallowed up, and what is inside them is now left around for you to eat.

Be sure to do so, as this will make you bigger.

Similarly, when you kill another worm, make sure you are eating all the food it leaves.

The giant you are, the easier it will be to win the game. That does not mean you still should not watch out for smaller worms.

People can kill you,

Do not be foolish to think that because you are the biggest worm in the field, no other worm can take you out.

If you take a wrong move on a smaller worm, they will still kill you – so be careful! Make sure you do not run inside a worm as this will end your turn and leave you with nothing more than food for the other worms.

Boosts are very handy – they allow you to eat everything on your way.

Make sure you use enhancements as they become available as they will help you to become bigger, and they will immediately endure some eternal death on your shoulders.

Learn the art of defense,

You are trying to surround other worms to kill them.

The best way to defend against an attacking demon is to put your body in a circle with your head in the middle.

In this way, your opponent will probably have to hit you, which will kill them and spare you.

This defensive action is the most effective way of not being eaten when you surround yourself.

Finally, you can play the waiting game, and you never know how long AI will wait.

Know when to run away,

If a bigger worm targets you, you must run away. Although the defenses mentioned earlier still stand, there are some risks when doing them, and it is better just to run away and protect your life. When you are a bigger worm, you can turn around and challenge your old opponent.